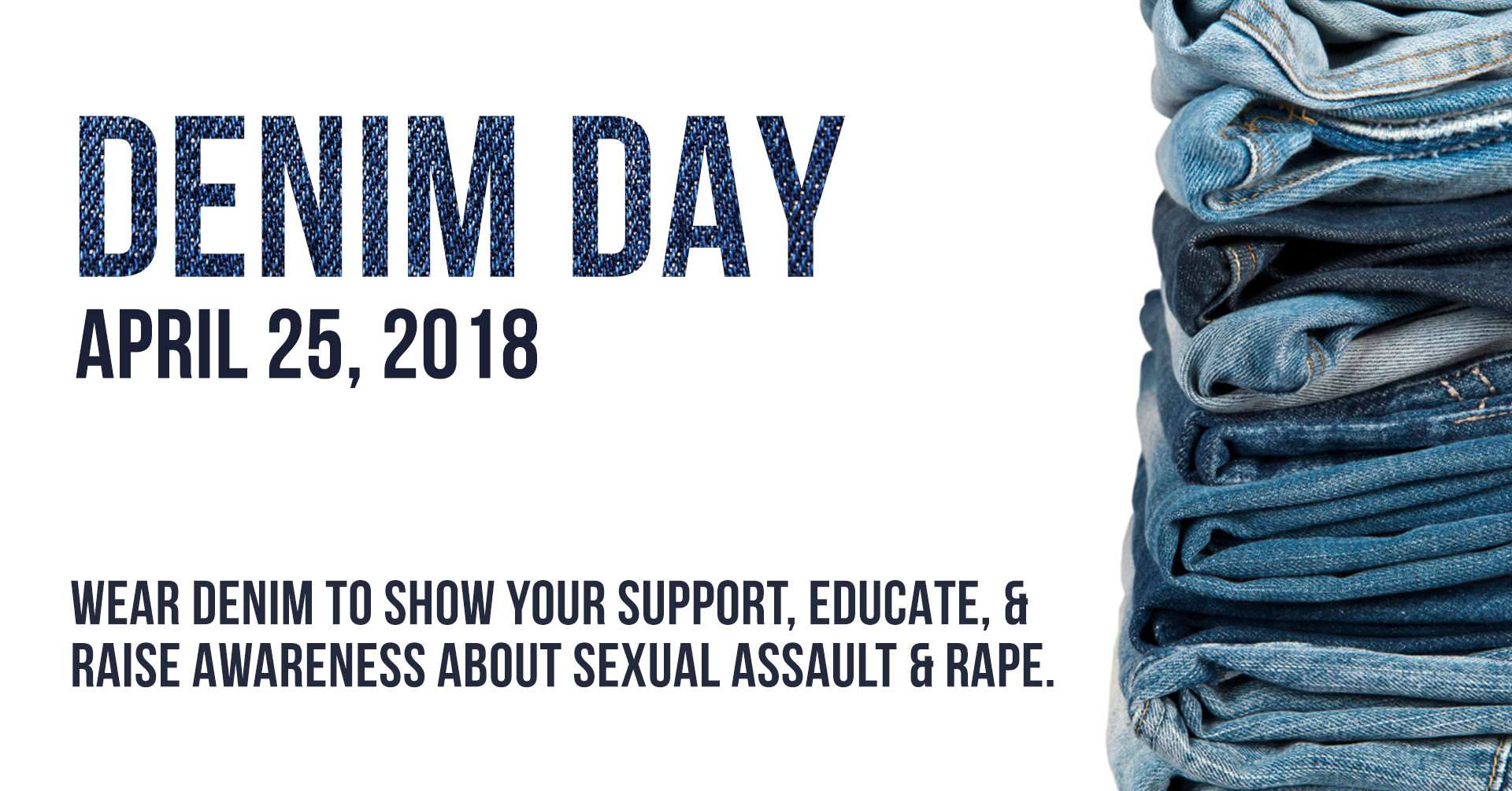 In 1992 an 18 yr old girl was sexually assaulted by her driving instructor in Italy.

He was convicted until the Italian Supreme court over-turned the conviction because the survivor had been wearing “very very tight jeans” and “she would have had to help him remove them, which would be considered consensual, not rape.”   Women of the Italian parliament wore jeans to protest.

Today, we wear denim to protest all sexual violence and to remind that no clothing item can cause or is an excuse for sexual assault.

Wear your denim to show your support, educate, and raise awareness about sexual assault and rape.